The Moon & The Sledgehammer

“The Moon & The Sledgehammer” is an extraordinary and deeply insightful film. Despite being made over forty years ago, this oddly moving and strangely familiar documentary seems more relevant and prescient today than when it was first shown. It is a film about a family of curious people; a father, Mr. Page, his two sons, Jim & Peter; and his two daughters, Kathy and Nancy and their curious way of life. The film documents the family, living in relative isolation, without running water, electricity or gas, in a deteriorating house hidden within the Sussex woods, twenty miles south of London. On first impression, the family appear to be strange folk indeed, oddball misfits trapped and marginalised in their own unique inner world. As the film progresses, a magical, oddly disjointed narrative reveals this presumption to be both tenuous and threadbare. “The Moon & The Sledgehammer” is a curiously profound film which respectfully celebrates people who are different. As a film, it's a remarkable and engaging feat of social sculpture which acutely observes, captures and preserves the resonant minutia of a disappearing way of life with all its incumbent tensions and quirky humour. It is a strange story, full of complex relationships which evokes a psychologically charged, non didactic world of lost values and traditions. It's a film everyone needs to see. Director, Philip Trevelyan was introduced to the Page family by a friend who had met them at a local auction in Newhaven and he was immediately struck by their unusual and fiercely individualistic way of life. The father had worked as a aircraft engineer and had operated local threshing machines, he had also, rather unorthodoxly, performed as a travelling circus entertainer and was affectionately known by locals as ‘Oily’ Page. The brothers are portrayed as skilled steam engineers and metal workers, forging their own tools and machine parts by hand. The sisters cook, tend animals, produce exquisite embroidery and expertly cultivate plants. The mother is never seen. What is slowly revealed is a strange and compelling mixture of humour, idiosyncratic behaviour, seemingly archaic rural values, consummate craft skills and bizarre family dynamics. Each member of the family has their own unique voice and story. Their performances, if indeed they are performances, are candid, free, at times contradictory but above all captivatingly unselfconscious. Throughout the film, the cinematography and sound recording beautifully captures and frames a faded landscape where the visual smells of oil, rust and fern intermingle and overlap with the complex psychological landscape the family. I've watched this film numerous times and each time a new facet is revealed. We have much to learn from Page family, with their quiet philosophical distance from the accelerated pace of modern life. These are people who possess the rare commodity of time to reflect clear unmitigated thoughts, the time to be intuitively curious about the world in which they live, the time to develop their own unique, personal and sometimes eccentric wisdom. This is a startlingly poetic film. A rare gem. 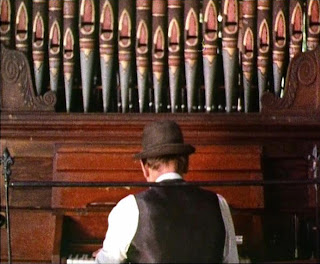 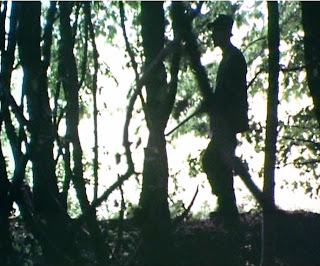 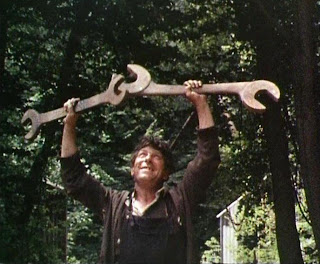 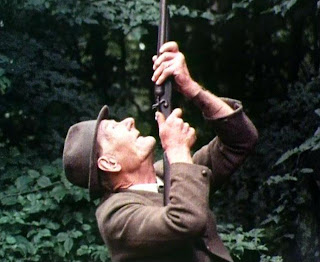 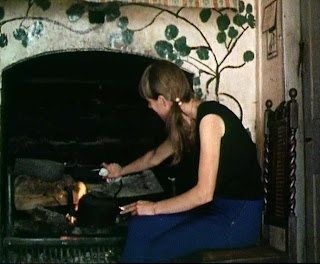 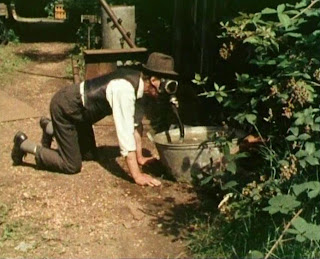 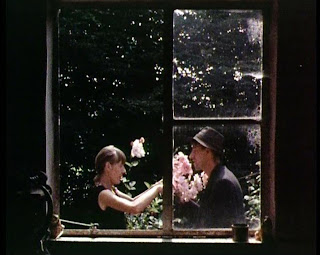 Posted by A Sound Awareness at 2:50 AM

Thanks for writing about this. Very curious to see the film.

It's great, probably my favourite this year. Looking foward to catching your film soon!

Hope you will all be interested to hear that the film can now be viewed online. Only £1.76 ($2.99) for multiple viewings over 3 days. Film can be viewed here: http://www.seedandspark.com/cinema/curator/2688
Other news is that we're having an outrageous sale - only £10 for the DVD - massive saving of £7. Sale starts 1st Aug but advance copies can be reserved now. Highly recommended while stock lasts.
Official website with more info is themoonandthesledgehammer.com