Emil Richards, percussionist extraordinaire, maverick electronic freakout pioneer and wearer of immensely formidable moustaches has long been a favourite on the A Sound Awareness turntable. This compendium collects his three best recordings; the wonderfully delirious and 'out there' "Stones", the remarkably off-kilter and weirdly arranged strangeness that is "New Time Element" and probably my favourite example of 'zoned out transcendental rug jazz' ever recorded, the extraordinary oddball and bizarre "Journey To Bliss". All three are musical gems.

William Sheller has also been a longtime favourite and this collection not only gathers together his visionary opus "Lux Aeterna" but many of his rare and seldom heard 45s such as the rather fine (and rather pricey) Erotissimo OST single which is delerious minute and a half of French psychedelic pop wizzz! "Lux Aeterna" is a very different musical proposition entirely and as such this uniquely strange recording is both difficult to describe or reference. Originally composed as a wedding gift in 1970, it's an oddly beautiful recording which combines a weirdly sinister melange of ritualistic choral chants, melancholic psychedelic orchestration, whirling electronic oscillations, meditative kosmiche groove and devout spoken word recitations. I can only think of a handful of records to compare it to, the nearest touchstones being the dark instrumental passages of Jean Claude Vannier's “L'enfant Assassin Des Mouches” or the mystical psychedelic liturgical paens of Majoie Hajary's "La Passion Selon Judas" or maybe a few of the immersive orchestral reverberations found on Jason Havelock's "Pop Symphony". As I said, comparisons are not easy. Whatever dark chemicals they were dumping in the Seine in the late 60's and early 70's to create such weirdly uncharted musical waters we can only guess. This is an exceptional example of fractured Gallic acid from the post May '68 musical pharmacie.

Both of these musical oddities are released this month by the Omni Recording Corporation and are well worth your further investigation. 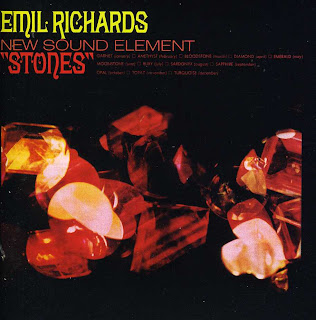 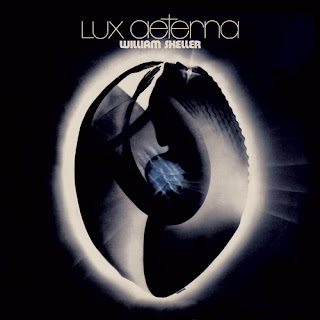 Posted by A Sound Awareness at 7:31 AM