A few months ago I purchased a rather splendid art catalogue entitled "The Dark Monarch: Magic and Modernism in British Art". As well as including wonderfully written essays by Michael Bracewell, Martin Clark and Alun Rowlands, it contained a multitude of interesting artists whose work examined the relationship between art and the occult.

David Noonan brings together an eclectic array of found imagery – sourced from film stills, books, magazines, and archive photos to create odd and oblique narratives. These collages are then photographed and turned into large-scale screen prints. I particulary like the referred nostaglia his work evokes. I hope you enjoy his work as well. 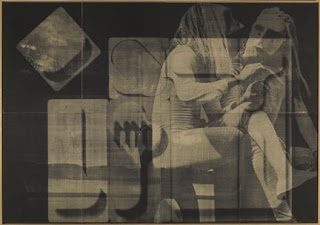 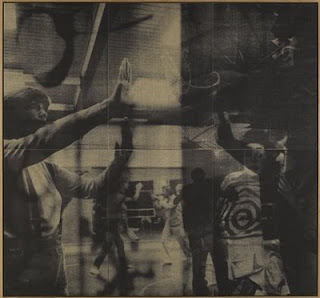 Went to see the exhibition - Dark Monarch - at the new gallery I Eastbourne. It was interesting, although a little hit and miss. The shared obsession with mirrors and reflections was striking, as was the pastoral, landscape context for occult stories - nostalgia and nature were king. Catalogue had sold out though...... here's hoping for a reprint soon.