Before the twentieth century, the music of Thailand had largely remained unchanged for nearly eight hundred years. Traditional Thai classical ensembles would perform highly stylised compositions on drums, small chin hand cymbals, suspended gongs and xylophones.  This music was anonymous, rarely notated and handed down through word of mouth. With the advent of radio and then recorded music, an explosion of distinct regional styles emerged and flourished.
‘Thai Modernized Music' came of age between the years 1955 - 1975, when ‘government issue’ soldiers, on leave from Vietnam, began looking for kicks in Thailand thus exposing a young generation of Thai musicians to a diverse array of Western styles.  As this trend progressed, a fertile music scene emerged, with two distinctive styles becoming ever more prominent; Luk Thung and Molam. Luk Thung was a rural, grittier offshoot of an earlier urban style known as Luk Krung.  Luk Thung, which literally translates as ‘Song Of The Child On The Fields’ is the rural music of Thailand and as such it's thematically concerned with the trials and tribulations of daily life.  This music has absorbed and assimilated a vast range of Western influences which is startlingly evident  when you listen to the material on the upcoming Finders Keepers release, “Thai Dai - The Heavier Side Of The Luk Thung Underground.”  This is the raw, heavy, unkempt side of Luk Thung, combining traditional Thai musicianship with raw, aggressive proto punk discharges, hypnotic motorik grooves and garage funk. Traditional instruments such as the khaen [bamboo mouth organ] and phin [Thai flute] interweave with fuzz tinged guitar, stuttering organ licks and heavy drumbeats with unexpectedly joyous results. Sroeng Santi’s strange rendition of “Iron Man” by Black Sabbath is a monster of cultural collision and exemplifies this odd hybrid world, one part visceral rock, one part Thai folk melody, three parts downright weirdness. Bizarrely, despite the implied heaviness, the lyrical content of this song is actually a deliberation on the waxing and waning of the moon and the ups and downs of the Thai economy.  These strange musical hybrids continue and peak with “Kanong Krung” by Teungjai Bunpraruska, which sounds alarmingly like the sinister child choral chants of Ennio Morricone backed by the raw scuzz of the Thee Headcoatees.  This is exciting, exotic music, another top drawer release by Finders Keepers.
“The Sound Of Siam - Leftfield Luk Thung, Jazz & Molam In Thailand 1964-1975” on Soundway covers slightly different musical terrain but is equally astonishing in its breadth and diversity.  Opening with the fragile, haunting, psych eeriness of Ream Daranoi’s “Fai Yen” this compilation is a veritable treat for the ears. Nearly every track has a deep resonant groove, from the weirdly lopsided middle eastern jazz swing of Panon Nopporn’s “Sao Ban Pok Pab” to The Pletch Phin Thong Band, who manage to dig into a groove and never really stop. This Molam style instrumental is particularly wonderful, sounding like a primitive Appalachian jug band jamming with deep funk Thai zithers.  This music inhabits a fascinating, eclectic and inventive sound world, with vaguely discernible elements of Ethiopian jazz, African drum patterns and raw funk. On the best tracks you can hear the Thai musicians absorbing their influences, experimenting and then pushing the limits of tradition. There's even a song about alcoholic monkeys, reefer smoking elephants and cows that drink Ovaltine for breakfast!  Some of you may be tempted to dismiss this music as mere curious oddity, a collision between an indigenous style and a borrowed one.  Don’t be fooled, there is some serious musical damage to be found on these discs. This is some of the most strange and uniquely compelling music out there and we should thank musical archaeologists Chris Menist, Miles Cleret and Andy Votel for bringing it to our attention.
“The Sound Of Siam - Leftfield Luk Thung, Jazz & Molam In Thailand 1964-1975” is released on Soundway Records on December 8th. “Thai Dai - The Heavier Side Of The Luk Thung Underground” is an upcoming release on Finders Keepers. 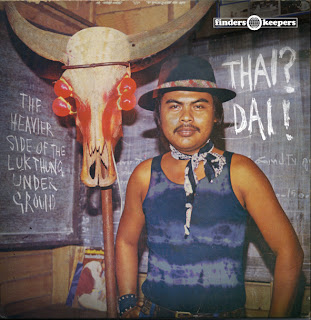 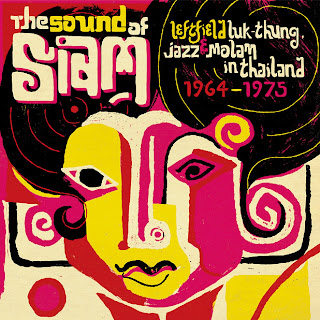 hi there! great to see such an increase in interest for thai music!

i, for one, am of the tendency to downplay american g.i.'s role in the development popular music in thailand, though of course it shouldn't be discounted. but really, thai interest in imported tunes stretches much further back, and has much to do with the earlier struggle against colonialism and for global relevance in the years surrounding the second world war. i had the privilege of penning the liner notes for an upcoming release of luk thung music on the dust-to-digital label, and i do my best to represent the history behind this music as i understand it.. i hope you'll check it out!

What a wonderful resource Peter! I've a couple of Dust-To-Digital releases pending for review, fantastic label.