Without a doubt, EM Records of Japan is fast becoming my favoured purveyor of oddball, eccentric and out there records. Each release by this label, playfully twists expectation and lovingly documents a wealth of distinctive, genre defying musical wonders, the latest releases being no exception.
First up, is the wonderfully entitled “Fabulous Notes & Beats Of The Indian Carnatic-Jazz” by T. K. Ramamoorthy which is a masterpiece of cultural collision and improvisational verve. Recorded in Madras in 1969, it's a strange and perplexing hybrid mix of Western jazz instrumentation and traditional Southern Indian Carnatic music. The results are musically joyous. It’s the kind of record I hoped existed, with each track combining and interweaving two distinct musical traditions into a new and intoxicating sound of wonder. Each arrangement is astonishing in it’s breath and diversity. “Ranjani” has a late night strip joint swing Basil Kirchin would be proud of but the melodic use of tabla tharang drums elevates the track to another level with disarming effect. “Natta” starts with a simple call to prayer on a trumpet then builds to an ever increasing fervent and raucous percussive workout of fierce proportions. The quality of the musicianship is unparalleled. Listen here for a sneak preview of some particularly breathtaking single note Senku conch playing. Jazz never sounded this good. T. K. Ramamoorthy cut his musical teeth in the demanding and often labour intensive Indian film studios of Southern India. He provided a diverse and spectacular array of soundtracks to over seven hundred films but this record is one of the few he made as a leader. This recording is both startlingly original in form and content and stands as a testament to a both a visionary musician and skilled arranger. Wonderful stuff.
The second disc by The Son Of P.M. entitled “Hey Klong Yao” is also worthy of your attention. This is ‘Thai Modernized Music' of a different style to the music discussed here recently. The groove is very much rooted in frenetic and rhythmic rock ‘n’ roll with discernible elements of pop, surf and exotica. It’s hard to pin down tracks like “The Horse Step Dance [Guaracha]” which has moments of Velvets like organ drone coupled with hypnotic latin bass and Ventures twang. “Sad Chatree [Talung]” is both intangible and otherworldly, coupling a relentless trance-inducing rhythm with an archaic Thai melody, which hovers and shimmers like an insect caught in hazy and perfumed smoke. There is much to be intoxicated here as this is music which defies rigid categorisation and easy interpretation. At times, the results are downright weird, “King Of Drums” sounds like the ghost of Lux Interior throwing primitive goo goo muck in a Thai temple. Odd and exotic indeed. Both recordings are released by EM Records this month. 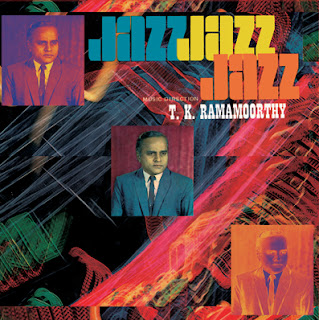 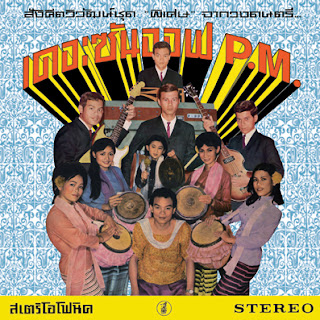 Posted by A Sound Awareness at 8:37 AM