An Interview With David Noonan

A Sound Awareness is delighted to present an interview with internationally renowned visual artist David Noonan.
David Noonan is first and foremost a maker of images. His work brings together an eclectic array of found imagery derived from film stills, books, magazines, and archival photographs into powerfully strange and haunting mise-en-scènes. His strange and beguiling images encompass a wide range of cultural associations and reference and it was an absolute pleasure to have the opportunity to discuss his work with him personally.
Where do we start? Can we discuss some basics, maybe the sculptural quality of the materials you like to use? I’m thinking of your use of plywood, jute and linen. These are materials which I associate with the functional public design and architecture of say twenty or thirty years ago. These materials evoke strong childhood memories for me. Both my parents were teachers and my childhood seemed surrounded by hessian carpets and display boards. Personally, the materials which you use evoke dormant childhood memories and associations of local authority buildings, libraries and churches.
My mother was a teacher as well and my father owned and ran a men's clothing store for a long time. This was from the late 60’s through to the late 80’s. Imagine a kind of b-grade House Of Dunhill in a small Australian City. I think both of their vocations affected my aesthetic to some extent, I guess the sisal carpets of friends beach houses and as you say the local authority buildings such as libraries and churches have found their way into my work. My parents divorced when I was very young and they had very divergent personal aesthetics. Mum took us to an alternative hippy church that was later shut down due to the priest being quite radical. This starkly contrasted with my father and his more bachelor pad lifestyle. I remember his shop, "Le Manz Young Squire", it was entirely wood panelled with duelling pistols, spring boks and deer heads mounted on the walls. It was kind of weirdly out there for Ballarat, a small city in Victoria, Australia which was mostly famous for its gold miner rebellion of 1854. I think both of my parents work and domestic environments influenced my aesthetic, and the town of Ballarat itself, it was a gold boom town, with quite grand architecture. It was famous for its terrible weather, so it had a kind of brooding quality not usually associated with Australia.
I really liked Ivor William's graphic design for your “Scenes” catalogue. Was it a conscious decision to create a book design which referenced late 60's, early 70's ‘how to do’ books, educational textbooks and experimental living manuals? It would definitely make me do a double take if I found a worn copy in a charity shop or village jumble sale. 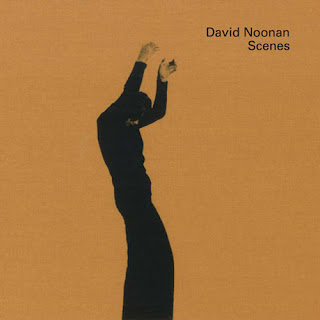 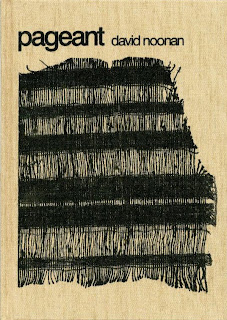 I started the book with Marcus Wener Hed and then Ivor became involved and he finished the design, we worked very closely together on it. The design was based on a number of books that I have in my collection, many of which are educational textbooks, so yes, it was a conscious design to reference that kind of stuff. This reminds me, I made a book in Primary School "Cive The Ghost", it had the same colour of linen on the cover. It was pretty much the same size and square format.
So you were making ‘hauntological’ work, even as a kid?
I have never really thought about it, I only just remembered that I made it, it was definitely the most inspiring thing that we did at primary school.
I like the the physical craft skills in your work. The cutting, sewing and layering seem to remove your images from the age of digital production. Can you describe the technical and physical processes involved in the making your silkscreen collages? How laborious and intuitive is the assembly process?
It’s hard to explain the process as it changes from work to work, with the fabric collage pieces I overlay one image over another and then films are made for screen printing. The pieces can be made of up to four screens, depending on the size of the piece. There is a limitation to the screen size as the larger you go the less control you have. It takes five people to make the print, i.e. pull the squeegee over the screen. As each print is made by hand, the results can vary greatly from print to print. I usually print on two different types of linen or jute, so that when I take the material back to the studio I can compose the picture almost as you would make a painting i.e. using a warm and a cool palette to create advancing or receding effects on the picture plane. The studio part is as important as the printing or probably more so. Both aspects have to come together for a piece to work. The sculptures are what I call “cut outs” and are just that. The shape is made by hand in birch ply and then a print is made and glued onto the shape. I work with an assistant and we have to move the pieces around quite a bit, putting them on the wall to look at and work on and then we lay them down on trestles to glue the printed pieces together. The pictures are often heavily layered, the surfaces can be a little  like reliefs. Unfortunately, this quality is often lost when the pieces are photographed or reproduced. The whole process is quite intuitive, from the initial creation of an image to constructing the piece in the studio. I never really know how a piece is going to be put together until I work with it in the studio. I usually only work on one piece at a time.

I’m particularly interested in the way in which you use found images? As a musician, who collects sounds to later reuse and appropriate, I’m constantly on the look out for ‘unusual’ and ‘emotive’ source material to collage, layer and transform. The notional act of ‘digging’ cultural detritus in order to unearth ‘hidden treasure’ seems relevant to your work. Do you see parallels with this method of working? Are there particular visual ‘sections’ or ‘bins’ you like to dig in?
Very much. I am constantly looking for material and I never quite know what I am looking for until I find it. Often, I just file it away and it might not be used until years later or not at all. My collecting began in charity stores in Australia and then later in NY in the Strand Book shop before it was renovated. More recently, it’s been basement sales on Charing Cross Road but my best finds were in antiquarian book shops in Berlin. I look under theatre, religion, carpets, DIY etc. 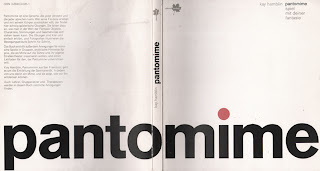 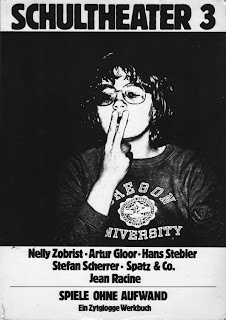 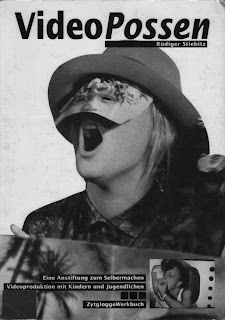 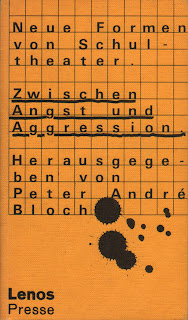 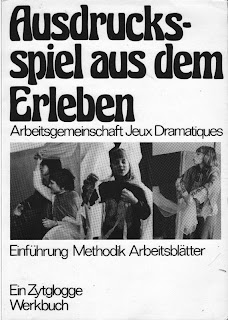 Many of the images you use seem to reference the experimental 'workshop' environments of the late sixties and early seventies, a time when educational establishments embraced and looked to the avant-garde for inspiration and direction. Have you listened to the David Cain recording I posted? He was an early electronic sound composer who created music to be used in school drama workshops. There's an odd photograph of kids dancing to these intense, sinister and otherworldly sounds printed on the back of the sleeve. 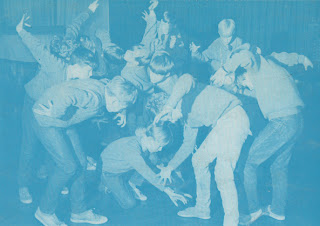 Thanks to you both. I'm glad to hear more about (and see some of) the source material. You've also reminded me that I should finally track down a copy of The Colour of Pomegranates.