The analog sound of electronic wow and flutter simulating breathing opens and gives life to this marvellous and varied collection of mutant synthwave soon to be released on Finders Keepers. Described as “the American Delia Derbyshire of the Atari Generation”, this release sets to investigate the hidden and seldom heard sound world of electronic composer Suzanne Ciani. Despite her involvement in the production of electronic music for over forty years, few people will be au courant with her vast and varied sonic portfolio. Ciani was responsible for the creation of electronic sounds for the early Xenon pinball machine, produced numerous corporate sound idents and logos for multinational companies [such as Atari, Coca Cola, General Motors, Sunkist and M&M Candy] in addition to creating a wealth of personal electronic experimentation. This retrospective includes both her work for commercial companies as well as documenting her unreleased compositional experiments and it is perhaps the dichotomy of this aural tightrope between public and private compositions which makes this collection so utterly fascinating. Compare the eight second hyperreal masterpiece of early eighties audio advertising entitled "Coca-Cola Pop & Pour Logo" with the pale gaseous resonance of the composition "Paris 1971" and you'd be hard pressed to detect communality. The shorter tracks such as "Sound Of A Dream Kissing" jump cut quick electro data pulses and infuse them with percolating musique concrete. Many of the longer tracks shimmer in glacial kosmiche wonder with sine waves and data tones slowly morphing and mutating into ever evolving electronic luminescence. By far my favourite composition is "Second Breath" which examines a microtonal landscape of layered sound reminiscent of the deep listening compositions of minimalist composer Phill Niblock but without the overtly stifling overtones of academia. A real wondrous ear and eye opener.
Lixiviation by Suzanne Ciani is released by Finders Keepers on the 13th February. 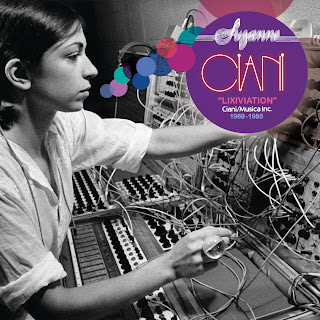 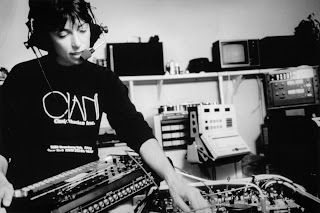 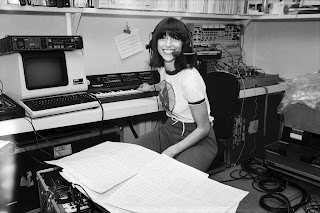